The Starkenburg is a hilltop castle at 295 m above sea level on the so-called Schlossberg above Heppenheim on the mountain road. It is named after the former South Hessian province of Starkenburg.

The castle was built in 1065 to protect the Lorsch Monastery. First was the name Burcheldon. The name Starkimberg was first mentioned in 1206. In the varied history of the monastery, the castle has always provided refuge and protection for the monks.

As the second strongest fortress of the Electorate of Mainz, it covered the Mainzer Bergstraße. In 1765 the castle was abandoned and fell into disrepair.

On Wednesday, October 22, 1924, the dilapidated keep of Starkenburg was blown up at 14:45. The demolition of the building with up to three meters wall thickness in the lower floors was a major action: 1500 cubic meters of stone had to be blown away.

The demolition of the old originally 28 meters high keep on account of its structural condition was unavoidable, until 1930 (with the exception of the first 1957 patched tower helmet) completed new construction of the keep elsewhere at an avoidable violation of the interests of monument protection. Instead of placing it in the middle of the courtyard, the new building was placed at the western entrance to gain a larger open space in the courtyard.

Today, the ruin is a listed building and is managed by the Hessian real estate management. On the site of the former residential building, the Palas, since 1960 is a youth hostel.

The Burgschänke Starkenburg welcomes hikers with refreshing drinks and delicious food from the home-style / Mediterranean menu. 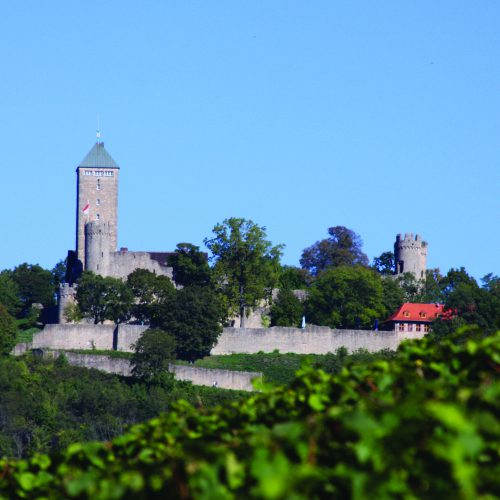 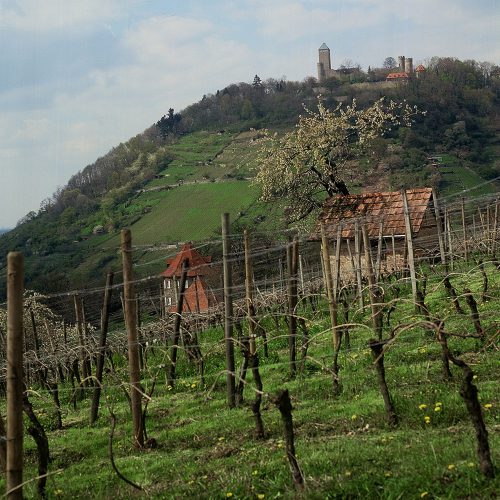