The Heidelberg Castle (German: Heidelberger Schloss) is a famous ruin in Germany and is the symbol of the city of Heidelberg.

The castle has only been partially restored since its destruction in the 17th century. It stands 80 m (262 feet) up the slope of Königstuhl hill and from there it dominates the town. It is served by an intermediate station on the Heidelberger Bergbahn funicular railway that runs from Heidelberg’s Kornmarkt to the summit of the Königstuhl.

In former times, the geometrically designed terraces of a Renaissance garden stood out against the wooded background of the Heidelberg Castle. Before the 30 Years’ War, contemporaries even considered the “Hortus Palatinus” as being the “Eighth Wonder of the World”. In the south-east corner of the garden, visitors will find the remains of the “Great Grotto”. Rocks were blown up to create this romantic grotto displaying musical water arts. The walls were abundantly decorated with rare polished stones, shells and corals.

Left of the grotto, a pond contains the enormous sandstone sculpture of a resting “Father Rhine”. A monumental dimension is added to the Castle Gardens while strolling on the “Great Terrace” and enjoying the wonderful view of the Castle’s east front rising dark into the sky as well as a view of the Rhine Valley.

The first “big barrel” in the cellar of Heidelberg Castle was built in 1591. Today’s tourist attraction, the barrel built in 1751, is even bigger: More than nine yards long and eight yards high, it has a capacity of 55,345 gallons of wine. In former times, the wine growers had to pay their share of taxes by delivering wine to the castle. 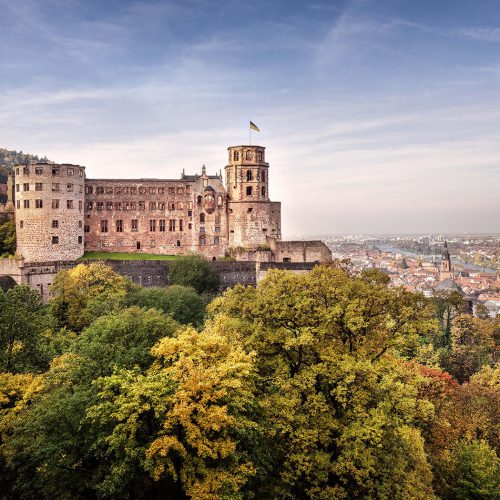 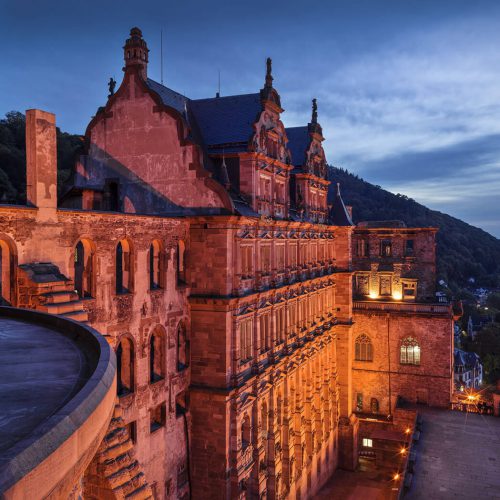 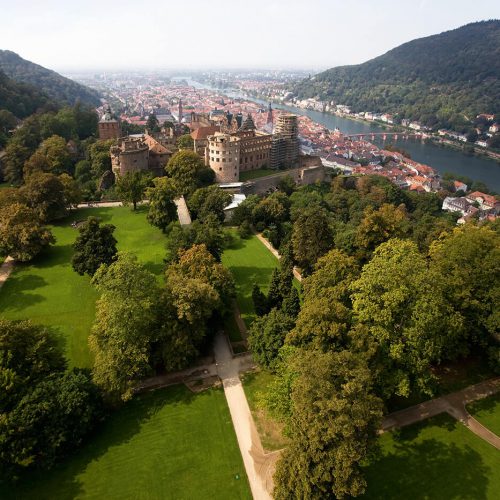 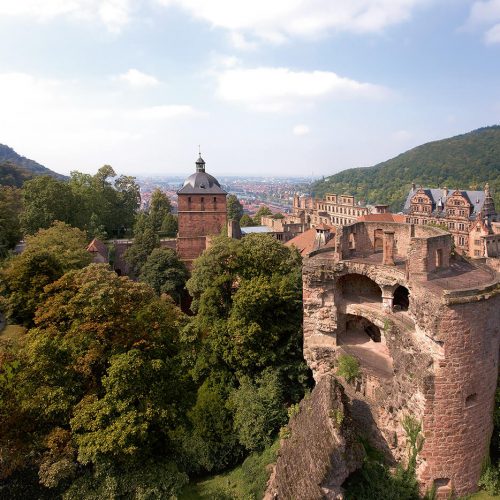